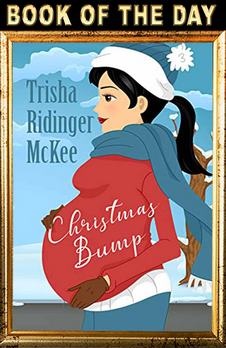 Winona has been sheltered her entire life. Raised by a protective single father and overshadowed by her high-achieving, older half-sister, she is suddenly feeling the need to break free and pave her own way. When she discovers she is pregnant, she moves to a small town, the sort of place she has always dreamed of with quaint shops and neighbors that stop in for a cup of tea... and town festivals, including the ever-popular Christmas Festival.

The only snag in her dream move is the irritatingly handsome, independent Cooper, the same guy who owns the house she is renting. Struggling to overcome her spoiled ways and prepare for the upcoming baby, Winona knows she has to ignore the charm of this man or possibly risk falling into the same trap she worked so hard to escape. 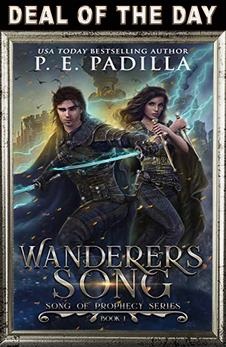 The one to crush the darkness... Nearly three thousand years ago, the Prophet penned the Song of Prophecy, foretelling a time when darkness would engulf the world and threaten all life. The Malatirsay would come, the Chosen One to save the world of Dizhelim, wielding magic unseen in centuries. To prepare for this future time, the Hero Academy was built, its sole purpose to train the One. But it has lost its focus throughout the ages, not watching vigilantly for the signs of the end.

The time has arrived and the animaru have come, dark creatures of un-life, intent on snuffing out all living things and light itself. But where is the Malatirsay? 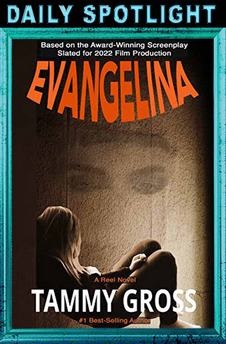 Based on the award-winning film script, which is inspired by a true story, EVANGELINA is optioned to become a Hollywood motion picture.

Just before Halloween, 13-year-old Autumn is sent to counseling after an assault. In her first session, a murder victim seems to be reaching out to her for help to find the victim's murderer, who may be closer than Autumn thinks.

But before she can solve the crime, Autumn must figure out if she's truly psychic or just psycho before a very real murderer catches up with her. 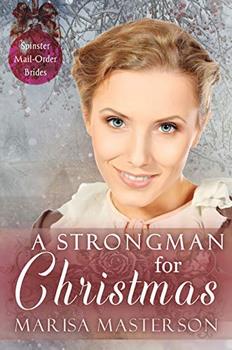 Wynona Thorne lives a hard-scrabble existence with her father. At least their life was peaceful. That all changed when her father died. Her brother's behavior turns violent now that Wynona's father isn't there to stop him. Desperate, she takes her future into her own hands by answering an advertisement to be a mail-order bride.

Neither the groom or bride are completely transparent in their letters. He travels with a circus. She's, well, stout! When they meet, Cornelius Branard refuses to marry Wynona. Stranded at the circus, what will Wynona do? Can she trust the strong giant who is built so much like her terrible brother? 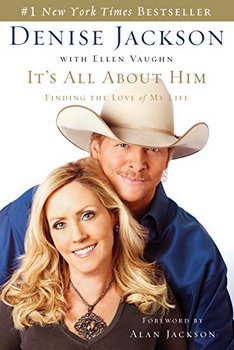 It's All About Him: Finding the Love of My Life
by Ellen Vaughn & Denise Jackson
BARGAIN
Inspirational
Rating: 4.6

In fairy tales, the Jacksons' material success plus their "perfect" marriage, their three beautiful daughters, and their supportive families would have signaled a happily-ever-after ending. But real life is different from fairy tales.

In 1834, Osborne Russell joined an expedition from Boston, under the direction of Nathaniel J. Wyeth, which proceeded to the Rocky Mountains to capitalize on the salmon and fur trade. He would remain there, hunting, trapping, and living off the land, for the next nine years.

Journal of a Trapper is his remarkable account of that time as he developed into a seasoned veteran of the mountains and experienced trapper. 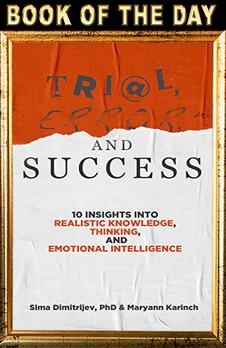 Everything in nature evolves by trial and error. We cannot avoid this fundamental method of natural evolution, but our human advantage is that we can think about and learn from the errors before trying again.

Trial, Error, and Success helps boost that advantage with 10 insights into realistic knowledge, thinking, and emotional intelligence. You will see throughout the book how successful thinking combines sharp analyses of new information with broad analogies to existing knowledge. The authors use real-life examples to show: How thinking can avoid overgeneralization traps. How to create new knowledge by trial-and-error thinking. How to reduce personal risk and maximize benefits by collective application of the trial-and-error process. It becomes obvious why machine learning and automatic actions cannot replace human intelligence and decision making! 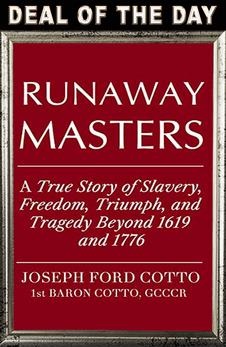 Runaway Masters: A True Story of Slavery, Freedom, Triumph, and Tragedy Beyond 1619 and 1776
by Joseph Cotto
BARGAIN
History
Rating: 5.0

For generations, they ruled over blacks and whites. They were--and still are--the Seminoles, the only American Indians who never surrendered to Uncle Sam. Runaways from other tribes, the Seminoles carved a kingdom for themselves out of the wilds of Florida, despite British and Spanish imperialists theoretically ruling the day.

The Seminoles also enslaved fugitives from American plantations, creating a slaveholding society unlike any other. When the Americans wanted not only their slaves back, but unsurpassed control over Florida, the Seminoles formed a groundbreaking alliance with those who they held in bondage. What happened next is an epic story of victory, defeat, friendship, betrayal, hard truths, damnable lies, integration, segregation, heroism, cowardice, deep respect, blind hatred, and--above all else--the struggle for survival. 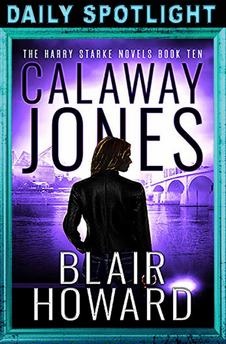 When a detective is this good, his family inevitably ends up in the crosshairs...

Harry Starke has lost count of the criminals he's put behind bars, and death threats are part of the job description. But when a sniper's bullet comes within inches of Starke's wife, his whole world changes. It turns out an ex-congressman with an axe to grind doesn’t just want to kill the detective. He wants Starke to suffer...

To protect the people he loves, Starke must play cat and mouse with a deadly ex-Mossad agent. His only chance to keep his wife and crew alive is to crack the case in record time. If he fails, it won't be long until the assassin's aim finds its mark... 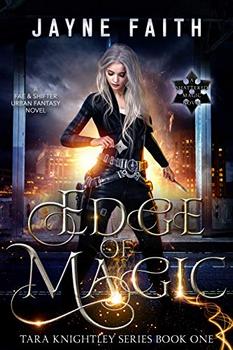 My name is Tara Knightley, and I'm on the Fae mafia's hit list. My childhood crush just rode back into town, too, and that may spell even bigger trouble...

My talent for sensing magical objects has made me a damn good professional thief for the past decade. But it's also what got me into a blood oath with notorious Fae mob boss Grant Shaw. My relationship with Shaw is rapidly souring, and I need to break free before it turns deadly. The solution? I must steal a magic skull from Shaw's biggest rival and deliver it to him, and then he'll nullify our blood oath. 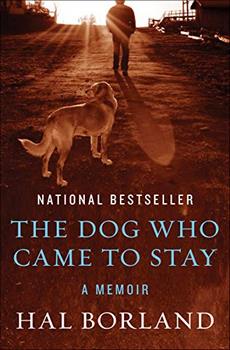 The Dog Who Came to Stay
by Hal Borland
BARGAIN
Biography & Memoir
Rating: 4.5

The national bestselling memoir of a friendship between a New England outdoorsman and the scrawny foxhound who came to his door one snowy day.

A longtime journalist and a winner of the John Burroughs Medal for distinguished nature writing, Borland tells the tale of the time he shared with Pat in this touching true story that "will appeal to many sportsmen and to all people who have ever been closely attached to a dog" (The New York Times Book Review). 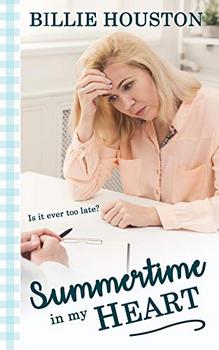 Fern Marshall has not seen her ex-husband in fifteen years. Their parting was less than amicable. Now she is faced him with telling him that their eighteen-year-old daughter has been in an automobile accident. If her bad news ended there, she could manage. Unfortunately, it does not.

Drew Marshall feels keenly his failure as a father. When his ex-wife brings a message that his daughter has been in an accident, guilt gnaws at him. He should have been there for her. Her next revelation shakes the foundation of his world; calling into question all he thought to be settled and sure.

CHECK IT OUT : Paid Viewpoint!

Paid viewpoint is a super easy site to do-- all you do is answer quick survey questions for money. i think you have to have $5.00 to cash out but you can cash out for gift cards and paypal.  i have been doing the site for several years and i love it because it is so easy.

What are you waiting for? CHECK IT OUT!!  CLICK HERE

CHECK OUT HOW TO EARN WITH MYPOINTS!!!!

points can be redeemed for all sorts of different gift cars, itunes, amazon, target , walmart-- just to name a few

CHECK OUT HOW TO EARN WITH SWAGBUCKS

I have been using swagbucks for 10 years now and i absolutely without question love this site!  it is so easy to earn points  which can then be cashed out for gift cards for many many different things-paypal, amazon, itunes. target, starbucks,  and so many many more.  message me if you have questions about or need help :) 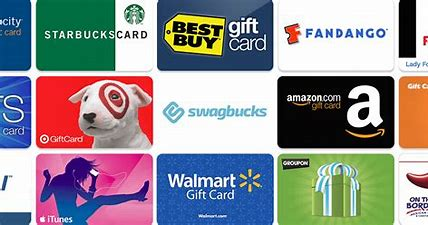 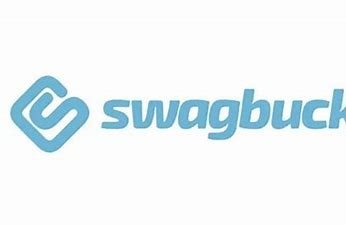 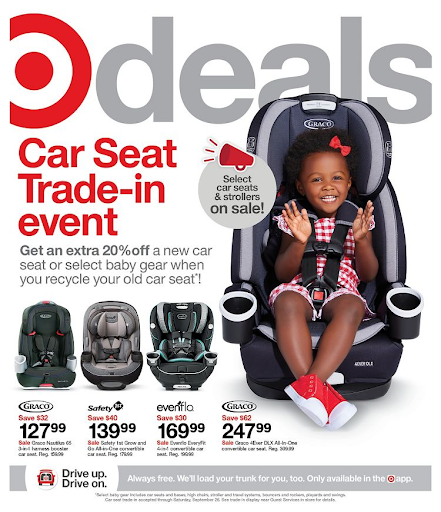